KOKUJIYAKI’s history started in the 18th century, in the late EDO period.
The founder, Jin-emon KUMAGAI studied under YOSHIZO the potter from SOUMA, the largest center of eastern Japan pottery. 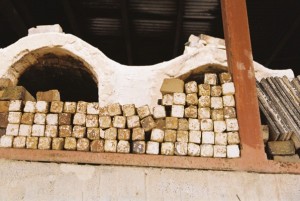 To start his pottery at home in the northeastern KUJI, Jin-emon found out local specialty Kuji clay, which is tenderly white in appearance when fired because of its high-temperature-resist characteristic.
Jin-emon also created glazes from local natural resources. Milky white glaze is made from rice husk ash, and deep brown glaze is made from iron clay. 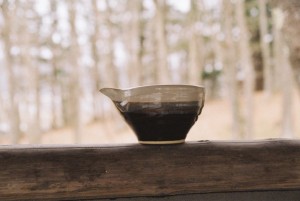 In Meiji period, Muneyoshi YANAGI who is known as founder of the Mingei folk art movement traveled to the north and praised KOKUJIYAKI’s beauty in utility in ordinary northern life.
Nowadays KOKUJIYAKI has become very popular in KUJI and the local area, so on every family’s table plates or bowls can always be seen. 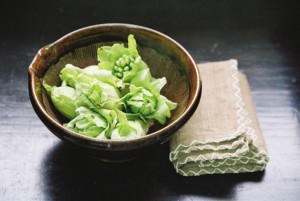 Even though people’s lifestyle has changed with time from a traditional Japanese style to a more westernized one, KOKUJIYAKI has kept its position as everyday ware for 200 years, by keeping up traditional standard forms, and on the other hand practicing sensitive modifications to go along with the tide of the times.

This is KOKUJIYAKI’s timeless philosophy, to be ALWAYS THERE, to bring a bit of joy into its user’s everyday life. 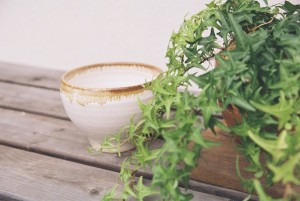